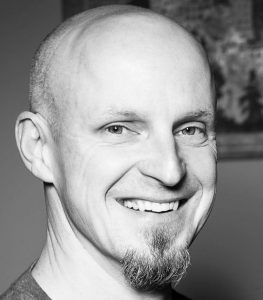 Paul Sating is a fantasy author and podcaster who spends most of his time traveling the Pacific Northwest in search of elusive monsters everyone claims aren’t real.

The creator of the Audio Fiction podcast, Paul began adapting many of those scripts to novel form and published his first three books in 2018. He is now involved with his first love—fantasy and kicked off this new venture with his Zodiac series.

He stays grounded by rooting for bad soccer teams, traveling around his beautiful corner of the world, and spending every moment he can with the three people who don’t let him think too highly of himself–his wife and daughters.