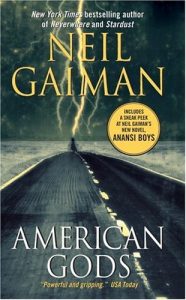 Here Are The Top Ten Best Urban Fantasy Novels of 2018 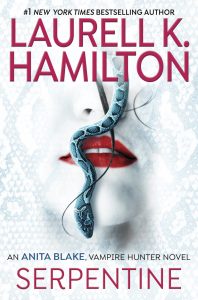 This has been an excellent year for the Urban Fantasy novel. The genre continues to have its zealots, but more casual readers have discovered some of the preeminent authors who are making an impact, and they have helped to bolster sales. We consider these to be the top ten best Urban Fantasy novels of 2018 to date, open to debate, of course.

In this latest novel featuring the popular protagonist Anita Blake, Vampire Hunter, Anita finds herself pitted against a new form of lycanthropy on a remote Florida island. It has afflicted a single family for generations, and the monsters it creates are more than even the intrepid Anita can handle on her own. She’ll have to swallow her pride and ask for help, but from the deadliest of places.

The Night Dalia by R.S. Belcher

The second novel in the Nightwise series, Belcher reintroduces us to Laytham Ballard, who once protected humanity as part of the Nightwise, modern-day mages who must hold hellish supernatural forces in check. This time around a powerful fairie has hired Ballard to find his long-lost daughter. He’ll have to travel the globe and match wits with sex clubs and street gangs to solve this deadly cold case.

Purchase The Night Dahlia on Amazon

The Last Sun by K.D. Edwards

The first novel in the Tarot cycle, Edwards introduces us to to the last member of a murdered House tasked to find a missing nobleman. In the process, he must uncover clues about his mysterious past. It’s one of the best Urban Fantasy novels to come out this year, and this series shows a great deal of promise.

Purchase The Last Sun on Amazon

Sworn to the Night by Craig Schaefer

This is the first of the Wisdom’s Grave trilogy. Marie Reinhardt of the NYPD is on the trail of an elusive serial killer. In her sleep, she has mysterious visions depicting herself living other lives, being a knight errant fighting in strange wars. Meanwhile, college professor Nessa Roth is trapped in a loveless marriage and dealing with her emergence as a fledgling witch. When these two meet, destiny seems to have a hand in it. Will they join forces to help one another?

Purchase Sworn to the Night on Amazon

Cast in Deception by Michelle Sagara

The thirteenth novel in the Chronicles of Elantra series, this is a return to form by New York Times bestselling novelist Sagara. She once again shows that she is at the top of the genre with another offering featuring the lost Baranni children, intent on restoring their family’s honor.

Purchase Cast in Deception on Amazon

This is the tenth novel of the series featuring Kate Daniels. When we catch up with her, she has started a family with Curran Lenart, the former Beast Lord. She would love to set her magic aside, but paranormal problems persist in hounding her.

Maresca has a unique vision for the Urban Fantasy novel, and never is this more apparent than in this latest effort. The Rynax brothers are dealing with poverty, street violence, and marginalization. But they’d much rather go beyond those to deal with the shadowy forces in high society that are pulling the strings.

Wilks certainly knows the Urban Fantasy genre, and she proves her mastery of it once again with Dragon Blood, where the battle against a vengeful goddess reaches its apex. Lily Yu faces her greatest challenge in a frightening new realm.

Constance Verity Saves the World by A. Lee Martinez

Constance Verity is adept at saving the world, but keeping her personal life together is another matter. Martinez has been recognized in the past by Booklist and other publications of note, and with good reason. Her pithy prose blends humor and action in equal measure, making her a standout in the Urban Fantasy genre.

A Glimmer of Hope by Steve McHugh

McHugh gives us book one of The Avalon Chronicles, introducing us to Layla Cassidy, who wants a chance at a normal life. But her father left behind a brutal legacy, and she must deal with that first if she ever stands a chance of achieving that normalcy.

Purchase A Glimmer of Hope on Amazon

These are our top picks for best Urban Fantasy novels of 2018. What do you think? Any arguments? Any that we missed?