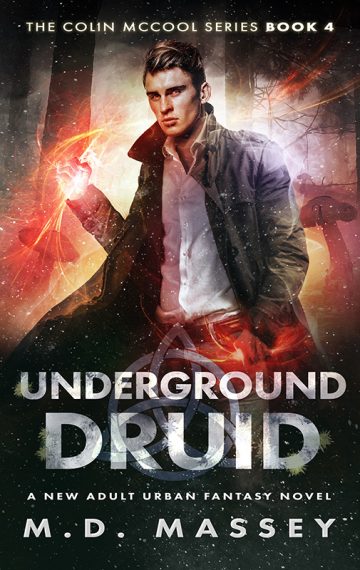 I thought the job was done when we broke up the Fae’s child sex trafficking ring. We rescued the kids, killed the ringleaders, and everyone was supposed to live happily ever after.

But as it turns out, that only happens in fairy tales.

Because when you’re dealing with the Fae I know, there’s always another nightmare waiting in the wings.

Now I’m traveling into the belly of the beast—straight into Underhill, the mystical realm of the Fae. And to pay for my passage to and from the Faery lands, I’ll have to do something no one has ever done before.

I’m going to steal the source of magic that powers Underhill itself.

All I have to do is get to Underhill, steal a few uber-powerful magical relics from some Celtic gods, rescue the remaining children the Fae abducted, and get us all home in one piece.

Oh, and I also have to outsmart Maeve, Austin’s local faery queen… because I know she’s not helping me travel to Underhill out of the goodness of her heart.

One thing’s for certain… if this mission is going to be my swan song, I intend to go down spell-slinging.