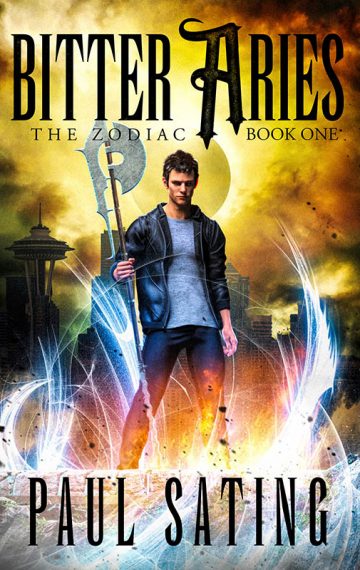 All demons have magic.
Except one.
And that’s just the beginning of his troubles.

As the Segregate, Ezekial Sunstone might be the only demon without magic, but who has time to worry about that when you’re the butt of Hell’s jokes? No girlfriend. One friend, who refuses to recognize how much it sucks to be different. And a future that holds little promise.

Hope comes in the shape of Lucifer’s Third Council. The problem? They’re sending him to Seattle to find Aries, a runaway who is one of the most revered and powerful magic users in history. An ancient demon in the Overworld could tip the balance in the favor of the hated enemy. The angels.

Armed only with the companionship of two demons, Ezekial scours the Overworld for Aries. But Seattle is a foreign place. No harpies fly over the city, and chimeras don’t walk its streets. Magic is a definite no-go in a world full of mortals…

… Unless you’re the bad guy.

Beelzebub has assured Ezekial of his safety, but can he trust the Prince of Demons?

Left to his own devices, Ezekial must figure out how to defeat one of the Underworld’s most powerful magic users while not turning his back on an untrustworthy teammate, getting run over by the humans, or floating off into the unnerving vastness of space.

This could be his one shot at redemption, or it might be the most humiliating event in a life full of them.

A young demon without magic against a wise ancient with immeasurable power.